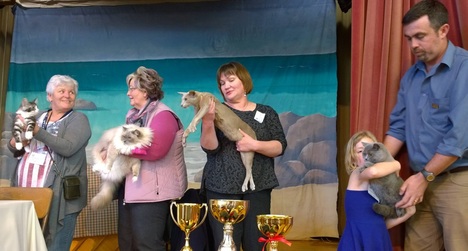 The OSRBG again joined forces with two other organisations to stage a 6 show event, during two weekends, called the Cape Spring Festival.  We reached out to the country towns and celebrated our wonderful Cape Springtime together with the Darling Spring Flower Festival on 20 September 2014.

A lare number of visitors who would not usually attend a cat show, came to see the cats, as the cat shows formed an integral part of the Spring Flower Festival taking place at various venues in Darling.  There was a great atmosphere in the hall with traditional countryside offerings of "boerekos", lots of eats, drinks, cat related goodies at the stalls.

Three All Breeds judges officiated at the show and awarded a "Judges Best" each, from which one Overall Best on Show was chosen.

The prizes generously sponsored by Cats Best and the rosettes by Rushfords Rosettes.  We are very grateful for this support, as all the food companies, supported by our exhibitors, refused sponsorship.

The National SPCA insisted that the Swartland SPCA issue a warning letter, threatening with arrest and criminal charges agains the CdCi show management, unless a license according to the Performing Animals Act was applied for.   The local SPCA inspector then insisted on doing a formal inspection, to ensure that there was no animal cruelty taking place.   This in spite of the fact that cat shows have taken place for 80 years without licensing and the fact that the act, written in 1935, specifilically excludes dog shows, caged bird shows "and any such shows" from this act.   It was written and intended for circus animals.   We need to draw the attention of the inappropriate and threatening actions of the NSPCA and Swartland SPCA to all our cat lovers, who donate to these charities under the impression that their donations are used to help animals in distress. 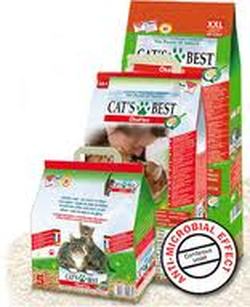 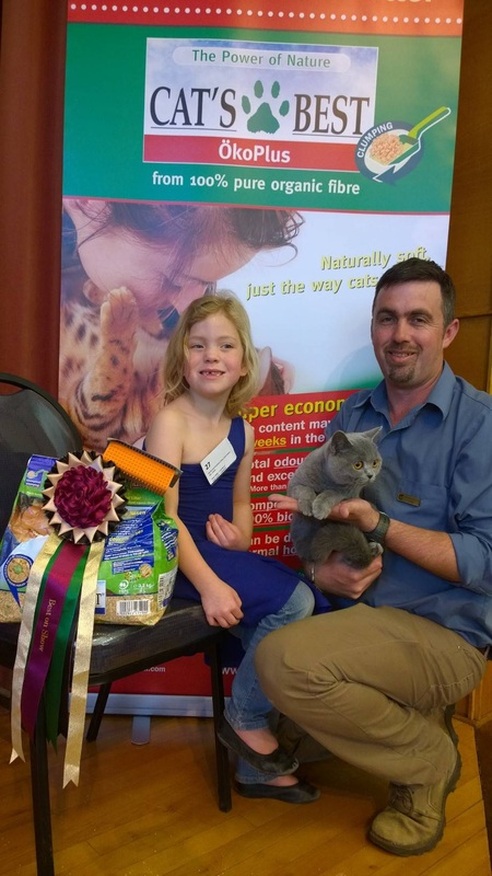 Click to see the other events on the SACATS and CdCi websites.