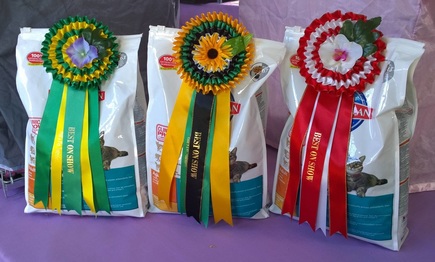 The OSRBG was part of the second event of the Chats du Cap Independent Spring Festival 2015.  This took place as integral part of the Robertson Spring Agricultural Show.

The 20th OSRBG show followed the SACATS 24th show, which was followed by the main event, the CdCi 5th show.

Three judges officiated at the show.  They awarded "Judges Best", from which one Overall Best on Show was chosen.

The Shows and prizes were generously sponsored by Hills and Rushfords generously provided the rosettes.