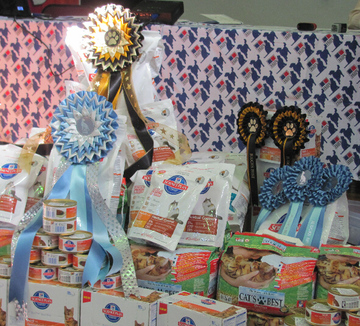 The OSRBG once again joined forces with two other organisations to stage a triple show event in South Africa.  The African Independent Cat Association (AICA - Independent) had it's 26th show and the Cat Association of Southern Africa (CASA - WCF) had it's 46th show.   These were complimented by the OSRBG's 7th show.

A large number of visitors came to see the cats, as the local Tygerburger newspaper ran an article on the Traditional Longhair cats who were on their way to become "movie stars" in the USA.

Visiting judge from KZN, Sharon Kelly did a sterling job and the friendly atmosphere was enjoyed by all.   There were several litters on show, always a special feature of our shows.   Several Household Pets received their titles during the show.

The format was the same as other Independent shows, with the judges awarding only one "Judges Best" per judge, from which one Overall Best on Show was chosen.  A lovely Ragdoll, owned and bred by Jean van Zyl took the honours. 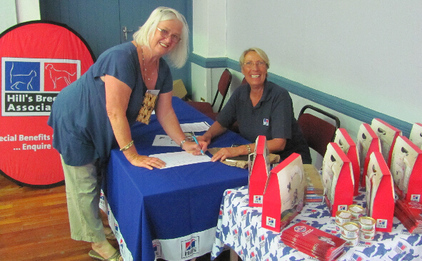 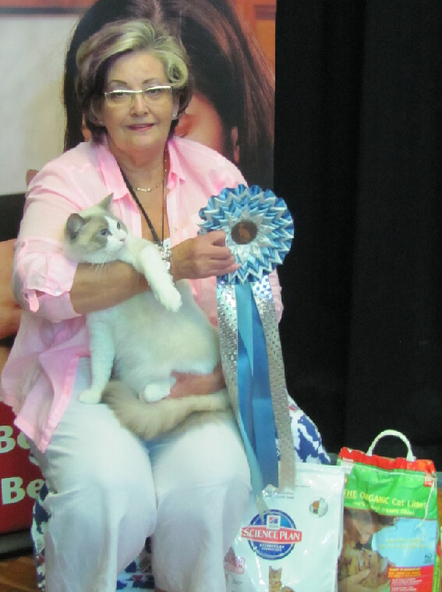 Download the Combined Show Catalogue of the AICA 25th and  OSRBG 8th show in PDF format.