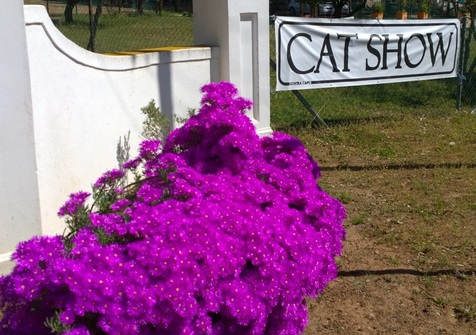 The OSRBG was part of the First event of the Chats du Cap Independent Spring Festival 2015.  This took place at the Dutch Reformed Church Hall in Darling.   The event was an integral part of the Darling Spring Flower Festival.

The 19th OSRBG show was followed by the SACATS 23rd show and then by the CdCi 4th show.

Four judges officiated at the show.  They awarded "Judges Best", from which one Overall Best on Show was chosen.

At the end of the day, an overall winner was chosen from the three show winners.

The Shows and prizes were generously sponsored by Hills and Cats Best also generously provided prizes.

Click to see the results and a slide show of the entire event on the SACATS website.